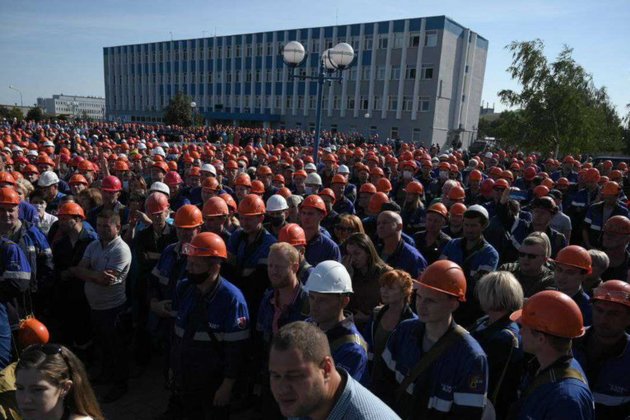 MINSK -- Workers at factories and other businesses across Belarus are joining protests in growing numbers to denounce the disputed presidential election that handed Alyaksandr Lukashenka a sixth term and sparked nationwide protests that have been brutally put down by authorities.

Thousands of workers at the Hrodna Azot chemical plant in the western city of Hrodna walked off the job on August 14 and met plant administrators and city authorities.

The workers held up posters, saying 'We demand Lukashenka's resignation,' 'We did not elect him,' and 'Our votes have been stolen.'

Hrodna Mayor Mechyslau Hoy, and the plant's director, Ihar Babyr, were at the meeting, where independent labor-union representatives and workers condemned the ongoing crackdown on protesters across the country.

Lukashenka, in power since 1994, was declared the winner of the August 9 poll with some 80 percent of the vote. Svyatlana Tsikhanouskaya, who drew crowds in the thousands at campaign rallies across the country and who has since left Belarus for Lithuania since the vote, finished a distant second with just under 10 percent.

The United States and European Union criticized the vote and condemned the postelection crackdown, as have NGOs like Amnesty International.

On August 13, workers of the BelAZ plant in the city of Zhodzina near Minsk, which manufactures trucks and other construction vehicles and equipment, walked off the job, demanding new presidential election.

Managers of BelAZ, one of the largest industrial facilities in the former Soviet Union, met with the workers in the evening on August 13. No members of the media were allowed to attend that gathering.

One of the plant's employees, a technician who requested his name not be mentioned, told RFE/RL that the workers had put forward four demands: the resignation of Lukashenka and his government, an immediate halt to police violence against protesters, the release of all political prisoners and thousands of protesters detained during the last several days, and the holding a new presidential election with all candidates who had been barred from the recent poll.

According to the employee, the workers warned that they will go on strike if their demands are not handed over to the leadership of the plant by 3 p.m. on August 17.

After the BelAZ workers' protest, Zhodzina city Mayor Dzmitry Zablotski announced a meeting with the workers and other city residents near a shopping mall in downtown Zhodzina in the evening that same day, which was attended by thousands of people.

The workers and other residents demanded Zablotski's resignation after he admitted in front of the people that he was aware of the mass arrests of protesters in the city.

People started chanting 'Go away!' and Zablotski left the podium.

A doctor from a local hospital said at the meeting that every day 'people with terrible injuries are being brought to us,' adding that she had 'never seen such injuries in my life.'

People at the meeting carried out an impromptu poll with a majority raising their hand to indicate they had voted for Tsikhanouskaya.

Media reports say thousands of workers at more than 20 other industrial facilities and organizations across Belarus are on strike or are about to.

The information has not been officially confirmed, while at some facilities workers said vital part of plants and factories continue to operate. 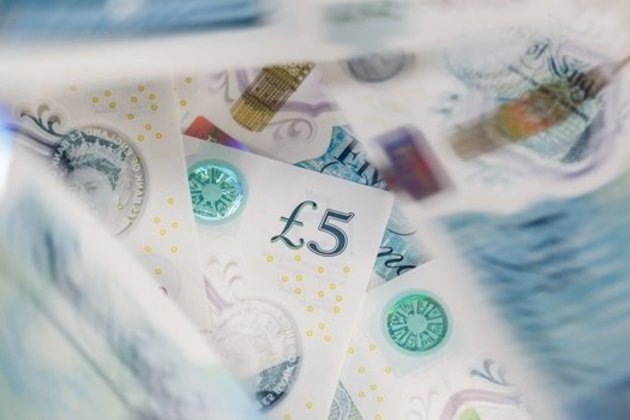 The pound extended its decline to a two-month low as investors fretted over the possibility of a new lockdown in ... 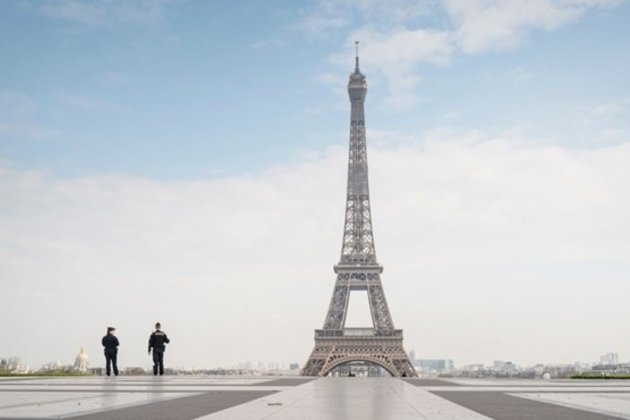 French business activity fell in September - its first drop in four months - according to a key survey released ... 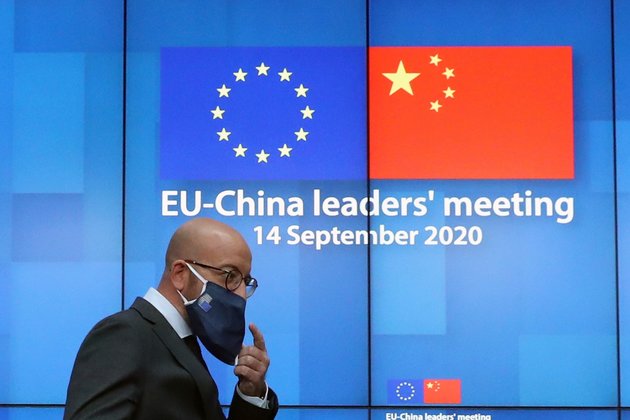 A spokesman for European Council President Charles Michel says a summit of European Union leaders scheduled for Thursday and Friday ... 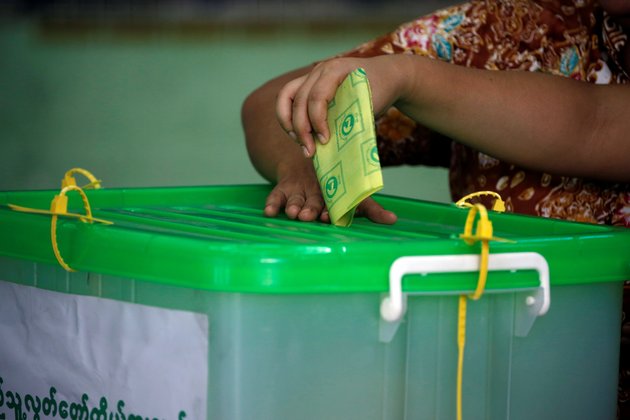 GENEVA - A U.N. official documenting the human rights situation in Myanmar warned that the country's national election on November ... 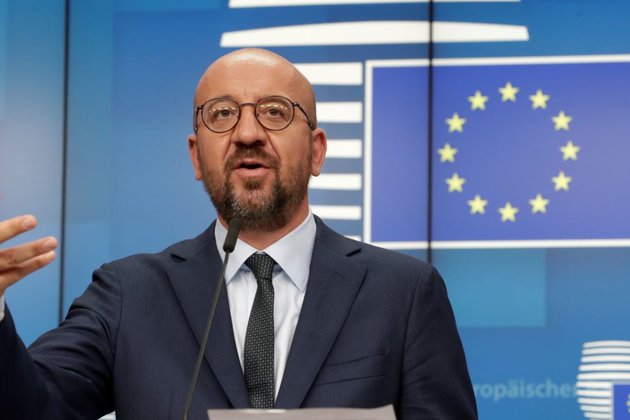 A summit of European Union leaders slated for later this week in Brussels has been postponed for a week so ... 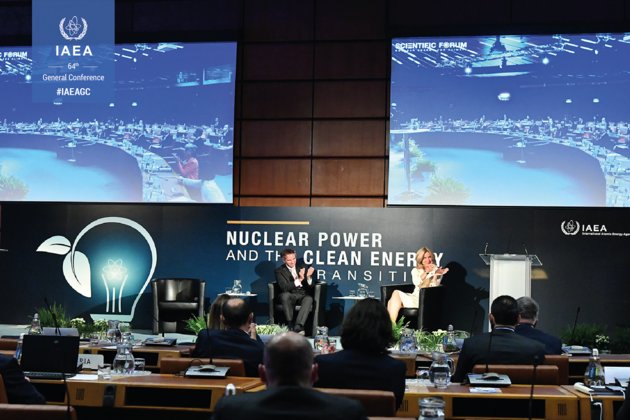 During the plenary session of the General Conference, 75 delegations delivered statements, which are available here.The 2020 Scientific Forum on ...

Frantic efforts to rescue whales trapped on sandbars off Australia

PanARMENIAN.Net - Rescuers were scrambling on Tuesday, September 22 to save 270 whales stranded off the coast of the Australian ...

CAMBRIDGE, UK - Scientists at the Massachusetts Institute of Technology (MIT), along with others, have discovered an Earth-sized "Pi Planet" ...

U.S. goes it alone on Iran sanctions, setting stage for showdown at UN

Activism in the U.S. Presidential Election by senior military personnel, retired and serving, has reached an unprecedented level. Alan Austin ...